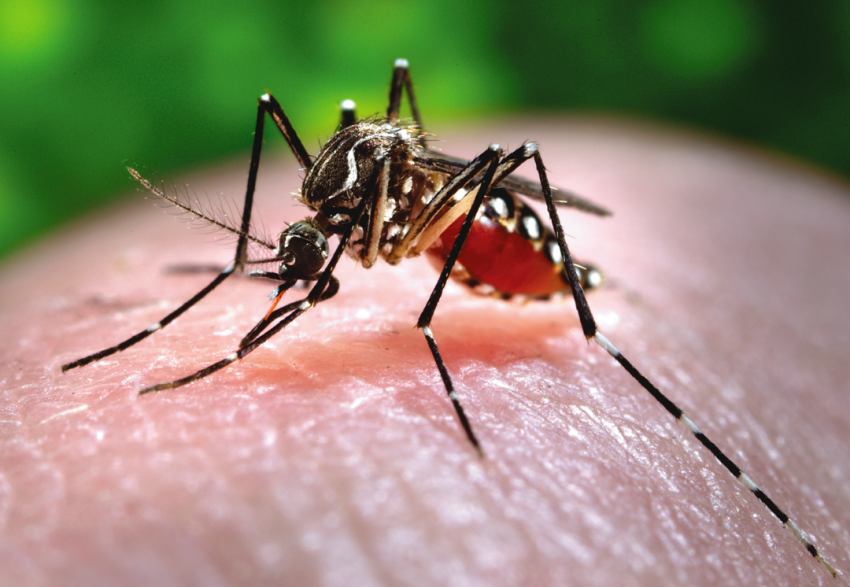 Concern caused by the recent rapid spread of the Zika virus has highlighted the potential consequences of international travel and freight transportation.

Due to the trauma and health concerns over the birth defects caused by the Zika virus, the World Health Organisation declared an international health emergency on the 1st February 2016. This was followed by alerts from the Centres for Disease Control and Prevention in the US (CDC) and in Europe (ECDC), the International Air Transport Association (IATA) and the International Civil Aviation Organization (ICAO) earlier this year.

Clearly, preventing the spread of Zika is a top priority for international travel as well as the importation and exportation of products and resources around the world.

Whilst global aviation and international shipping companies stand at the forefront of the battle against this problematic disease, Callington’s Zika fever insecticide offers an efficient and cost effective solution for reducing the spread of Zika virus to the aerospace and shipping industries.

What is the Zika virus?

Zika is a virus transmitted by the Aedes species of mosquito, which is also responsible for the transmission of dengue, yellow fever and the West Nile virus. One of the concerns about the Zika virus is that it is not only transmitted by mosquitos, but it can also be sexually transmitted.

This means that the spread of this disease is not only dependent on the distribution, lifecycle and movement of mosquitos, but it can also be just as easily spread by individuals as they travel between countries.

The heightened concern about Zika fever is due to the birth defects in babies born to mothers who have been exposed to the Zika virus, either before becoming pregnant or during their pregnancy. With no effective vaccine or treatment for Zika, the only viable solution is to prevent its spread via both mosquitos and sexual contact.

The Zika virus insecticide manufactured by Callington is an effective strategy for the complete disinsection of aircraft, shipping containers and vessels during quarantine procedures.

Origins and spread of Zika fever

The Zika virus is not a new disease, but was first seen in monkeys in Uganda during 1947. Transmission to humans was first noted in Nigeria during 1952 with progressive outbreaks across Africa, the Pacific Islands and South East Asia.

Currently in 2016, the Zika virus has been reported in Fiji, Thailand, the Maldives, Central and South America, and the Caribbean and Mexico. Travel restrictions are in place for all of these countries, specifically for pregnant women or women who are hoping to become pregnant.

The Zika virus aerospace insecticide was designed to reduce the spread of infected mosquitos arriving on international and domestic flights and can also be used to disinsect shipping containers and marine vessels, providing a comprehensive solution to both the aerospace and shipping industries.

Risks of acquiring the Zika virus

So far, outbreaks of the Zika virus typically occur in tropical countries, however with international travel so prevalent, this is likely to change. In fact, recent infections in the United States have been linked with travel to and from tropical countries with locally acquired infections recently reported.

Zika can be transmitted through mosquito bites, as well as from mother to child in utero, through sexual contact, blood transfusions and via exposure in laboratories to contaminated material. It is important to understand that anyone who travels to an area that has an active outbreak of Zika fever is at risk, as well as local residents.

One of the consequences of the Zika virus is that babies can be born with microcephaly (although this is not the only cause of this condition), and the earlier the infection is transmitted to the growing foetus, the more troublesome the outcomes.

Due to the rapid spread of Zika, the ECDC and other international bodies have recommended that pregnant women and their partners should not travel to any areas with active outbreaks of Zika. If you live in an infected area or travel to such as area is unavoidable, then the ECDC has published information on how to minimise your chance of contacting this disease.

One of the worrying aspects of this disease is that many people who have been infected with the Zika virus have not shown any symptoms at all. Most symptoms are actually quite mild and include fever, rash, joint and muscle pain, headaches and conjunctivitis.

From these symptoms, which can last for up to a week, it is quite understandable that many infected people do not realise that they have the disease. In fact, symptoms are often so mild that it is rare that anyone has felt sick enough to go to the hospital, with death an even rarer occurrence.

On a more positive note, whilst the Zika virus remains in your bloodstream for a week after the initial infection, it is believed that once an individual has been infected with Zika, their risk of being reinfected is extremely low, meaning that recurring infections should not be a problem.

The fact that the symptoms of Zika are so mild and can be confused with so many other conditions, only helps the disease to spread faster. You can easily appreciate that the potential for the transportation of mosquitos via aircraft is a very real danger.

This is why it is so important to disinsect all aircraft, cabins and holds with our Zika virus airline insecticide to actively reduce the spread of infected mosquitos around the world.

It is not only aircraft that can harbor the Zika carrying mosquitos, as mosquitos are just as easily transported via merchant and military vessels, as on aircraft. This has become such a concern to non-infected countries that strict entry requirements for merchant and military vessels that have previously docked at countries infected with the Zika virus have now been implemented.

These conditions currently apply to China, South Korea and Morocco and require that the vessel has been disinsected for mosquitos before departing the affected country.  A certification for this disinsection must be supplied on arrival at these three countries, otherwise quarantine and local disinsection will take place (at the expense of the vessel) and the vessels movements may be restricted.

Callington’s Zika virus insecticide gives vessel captains, port quarantine authorities and international trading companies, confidence that they are taking positive steps to reduce the spread of Zika around the world.

How Callington’s Zika virus insecticide can prevent this danger spreading

Callington operates globally across six continents and our specialty products and services are provided to customers in over 60+ countries. With our Zika virus insecticide, the complete disinsection of aircrafts, merchant and military vessels is assured.

Already we have seen non-infected countries demanding that merchant vessels be disinsected for mosquitos with a Zika virus insecticide and now Italy has stated that it requires all, regardless of point of origin. Costa Rica also requires that aircraft arriving from infected countries are disinsected (while the crew and passengers are still on board), and both Russia and China are performing quarantine examinations on aircraft and arrivals from infected countries. We have seen an increase of aircraft disinsection policies being imposed by various countries across the world. Please contact us to find out further information.

Clearly, the need for effective and proven solutions for the disinsection of all vessels (including passenger and cruise lines), as well as all aircrafts and merchant vessels for mosquitos will likely become mandatory across the world.

For more information on how to eradicate mosquitos and disinsect aircrafts and vessels using the Callington Zika virus insecticide, visit our contact page.